by
Lucy Sams, Editor at large 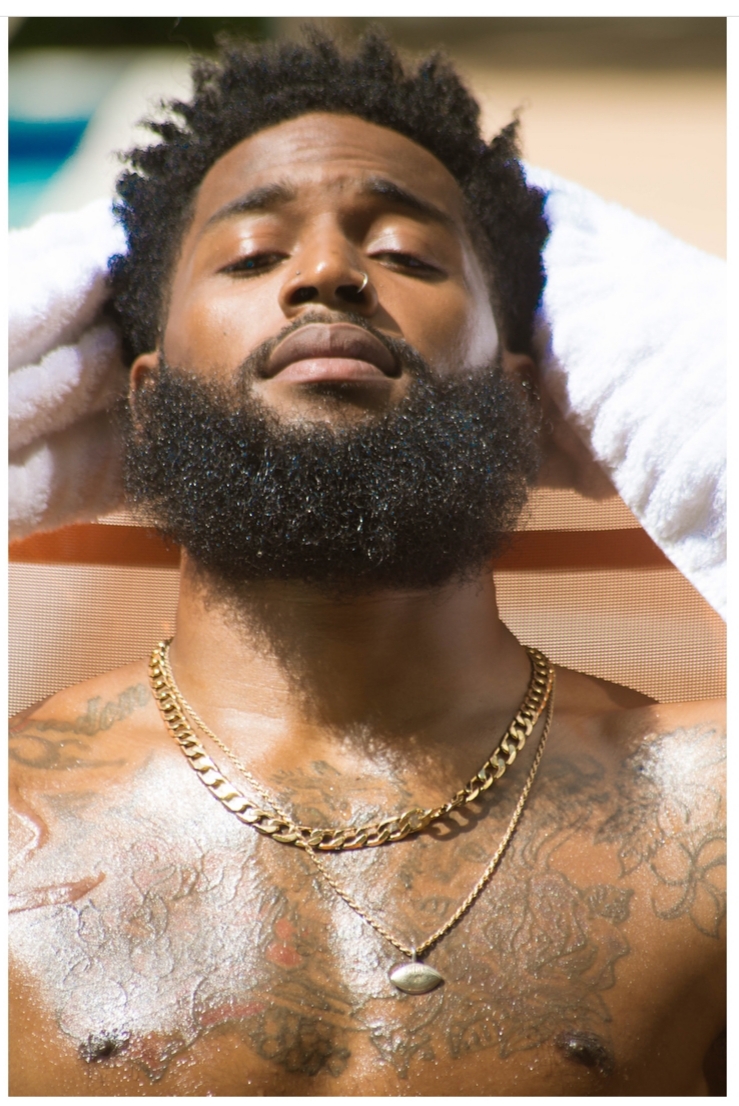 A warm and sunny day at Freedom Park was the perfect location to have a conversation with Lee Barney for a feature in “Men With Txture”.  Lee Barney is a model, athlete, and brand ambassador. Those are small feats compared to his role as a Renaissance man. Lee values every role he plays in his life; father, son, friend, and poet.  Donning his pee wee football gear on the well-played fields of Erie, PA. since the age of 6, Lee has learned how to take a hit and get right back up. His grit will definitely be an asset in his journey in the world of glitz and catwalks that are his new playing field.  With a return to the runways of New York Fashion Week just weeks away, I welcomed the chance to sit down with Lee to discuss his path to the fashion industry and his impact on the world around him.

TM : How did you learn to model?

LB: I didn’t learn to model.  I knew it was something I wanted to do and I knew it was something that came naturally.  I just picked up on different poses. I look at magazines differently now. I’m not looking for what’s going on, what are people wearing, instead I’m looking at how is he posing.  I’ve had no training. I’ve never had a modeling coach and I’ve never been through any classes. A blessing fell upon me.

TM : So what are you looking at when you do the “Lee Barney” stare?

LB:  Honestly, it’s not even practiced.  Something has to catch my eye. The photographer is just shooting and I am literally looking at something of interest.  The “Lee Barney” stare… HA! I’m starting to believe that. There is a barbershop that just opened in New Jersey they have a silhouette of me staring painted on the wall.

TM : That’s impressive.  That painting is nice. So, that is how you are impacting the world?

LB: The way I want to impact the world hasn’t come to me yet.  Maybe that’s what I am looking for… searching for. Right now, I just want everybody to live their best life.  Do what they want to do. I went to college, got a degree, and it’s like all of that didn’t get me what I thought would be happiness.  You know… a good job, money. It didn’t come “just like that,” like they told me it would. I played sports and it did take me to places I wouldn’t have gone without it.  I had fun. At the same time, it didn’t bring me what I thought it would bring me. Maybe I was playing ball for the wrong reasons. I played every year from age 6 to 22. I lost the fun of playing. So, take some time and do what you want to do. Now, I am back into playing semi-pro football and I do it just for the fun, and because I can.  Take the time, you could be missing out on something big.

TM: Was it hard to transition from an athlete to a model?

LB:  No, not physically, but mentally yes.  At first, it was like I’m an athlete from Pennsylvania.  Modeling was something I had to get over getting jokes about.  Modeling has really helped me become myself and it’s helped me mature.  It’s helped me really open my eyes to what I can do in life.

TM : So who supported your transition when it was that kind of pushback?

LB: My mom. My mom is lit!  When the first pictures came out she was caught off guard.  No one knew I was modeling. I did the shoot with Marvin Bienaime.  I asked him to wait for two days… The pictures were dope, but I was like “No, don’t do it.”  I thought about my family. I thought about my Mom. I thought about my homies in the hood. I caught everyone off guard with it.  Then the pictures went viral. I calmed her down. She really supports me now. She said, “Lee, it’s your life. If this is how you are going to reach people and this is how you want to portray your message and the meaning of your life. Go for it!”  And that’s what I did.

TM: Do you manage yourself?

LB: Yes, I do a lot of business myself. I have a friend who is a lawyer.  When it comes to big contracts we will sit down and discuss the best options.

LB: I can cook. I’m Chef BoyarLee. I can definitely survive. I also do poetry. I do spoken word here in Charlotte. I’ve also done some in New York.

TM : Do you have an entourage?

LB:  No, I’m really cautious with who I’m around.  My best friend lives in Austin. I have three or four friends and my little brother that I hang out with here in Charlotte. No, if I get in trouble for something I did it.  I roll by myself. I’m not going to be with somebody and something unexpected happens.

TM : Lee, do you have any final words of wisdom for our readers?

LB:  Live your life. The best way you can, for as long as you can.

Lee Barney is definitely more than meets the eye. This model and future actor can be found on Instagram @iam_leebarney . 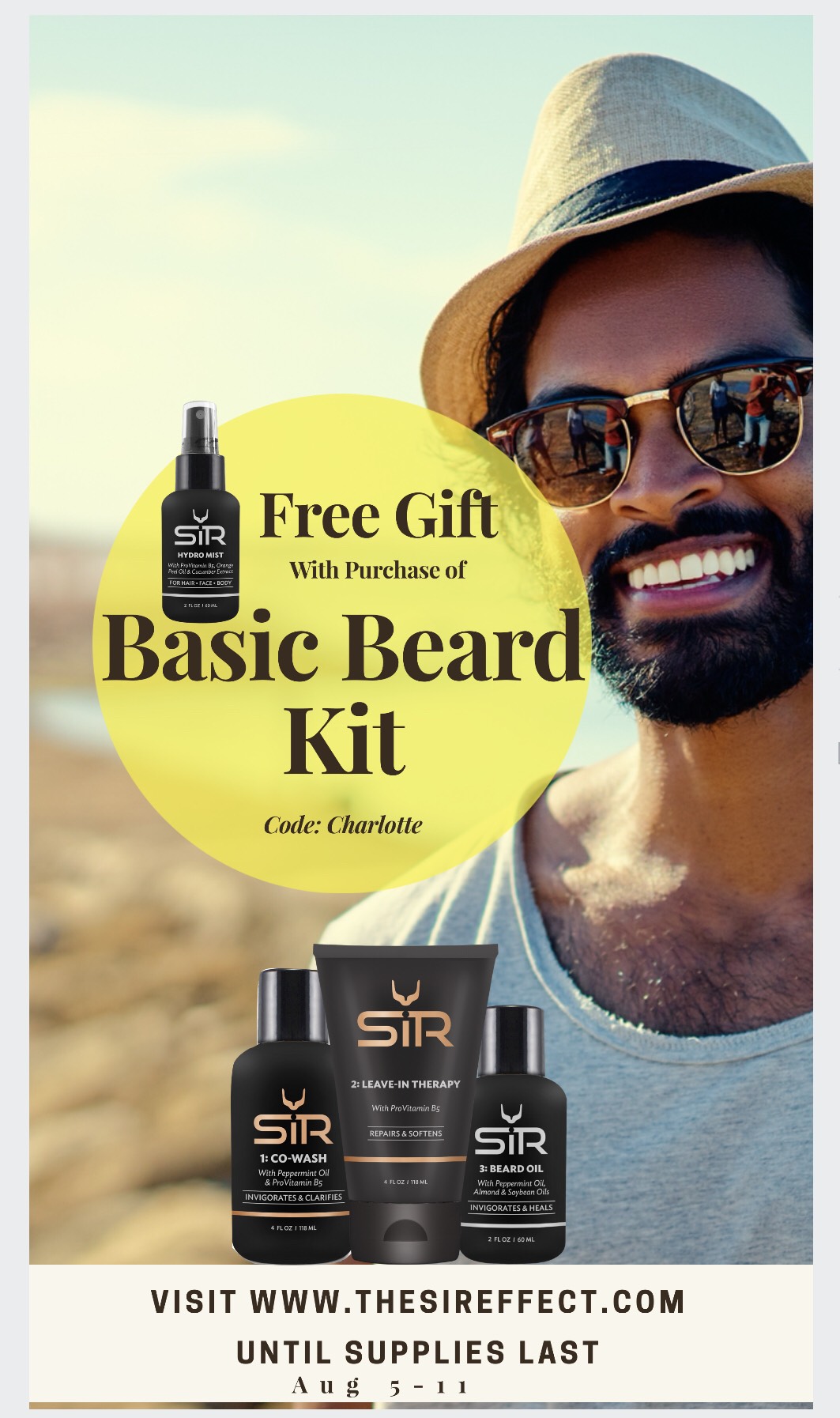 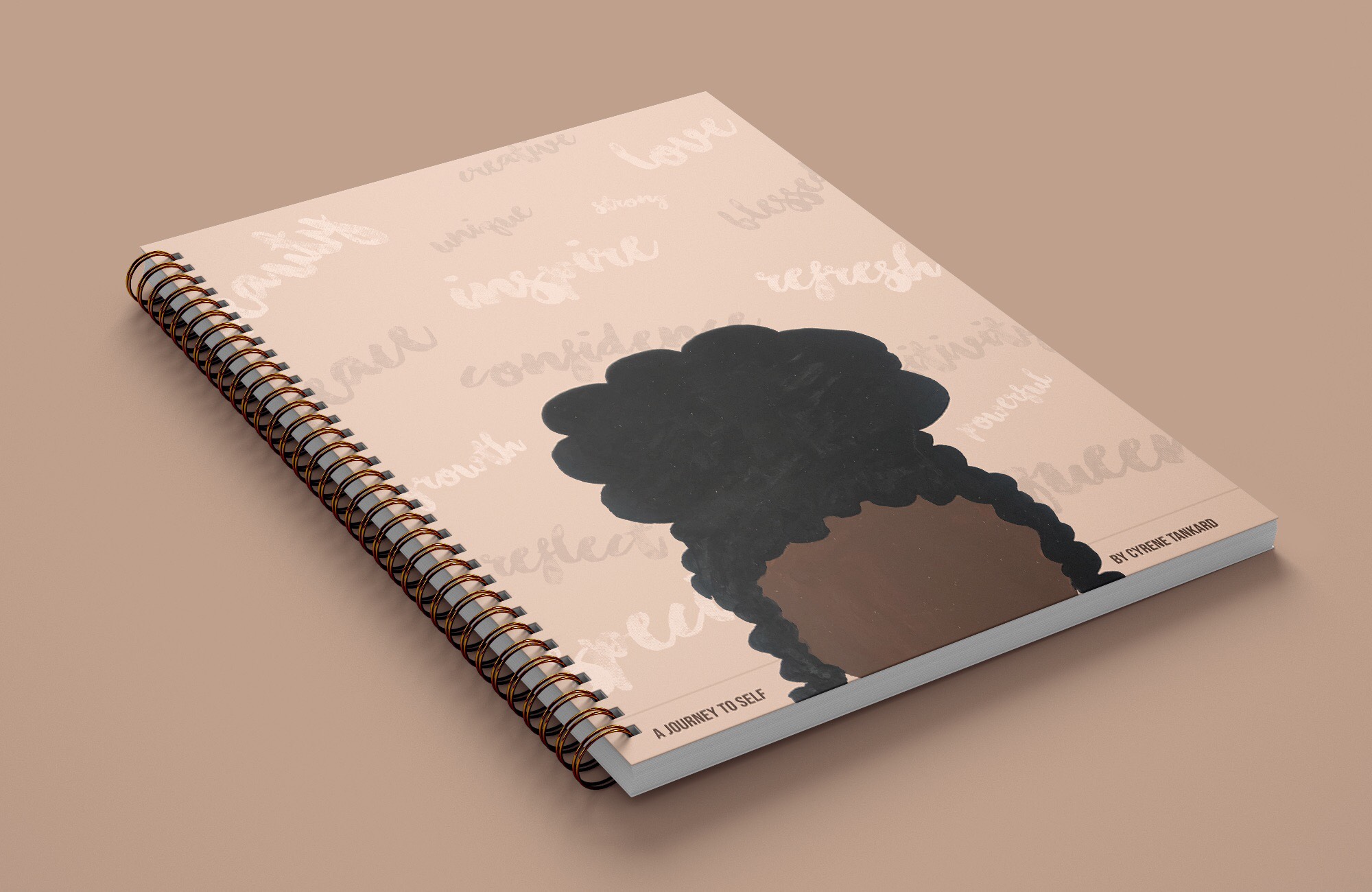 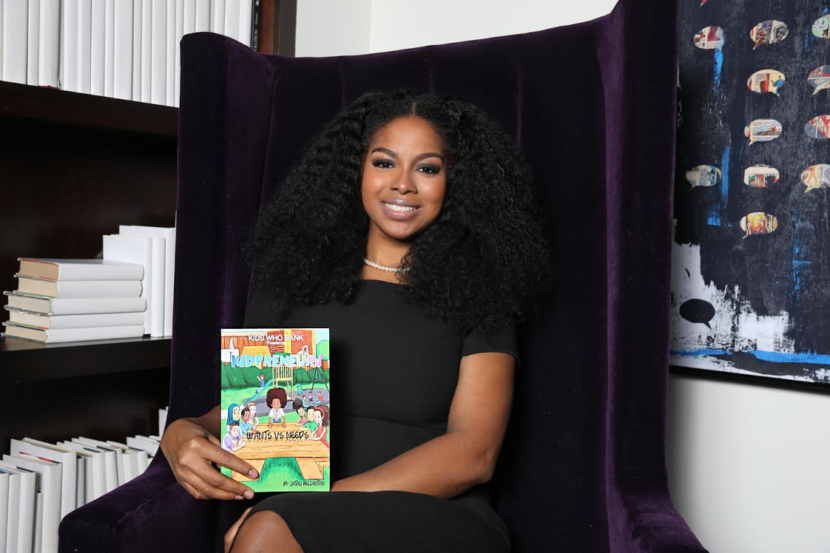 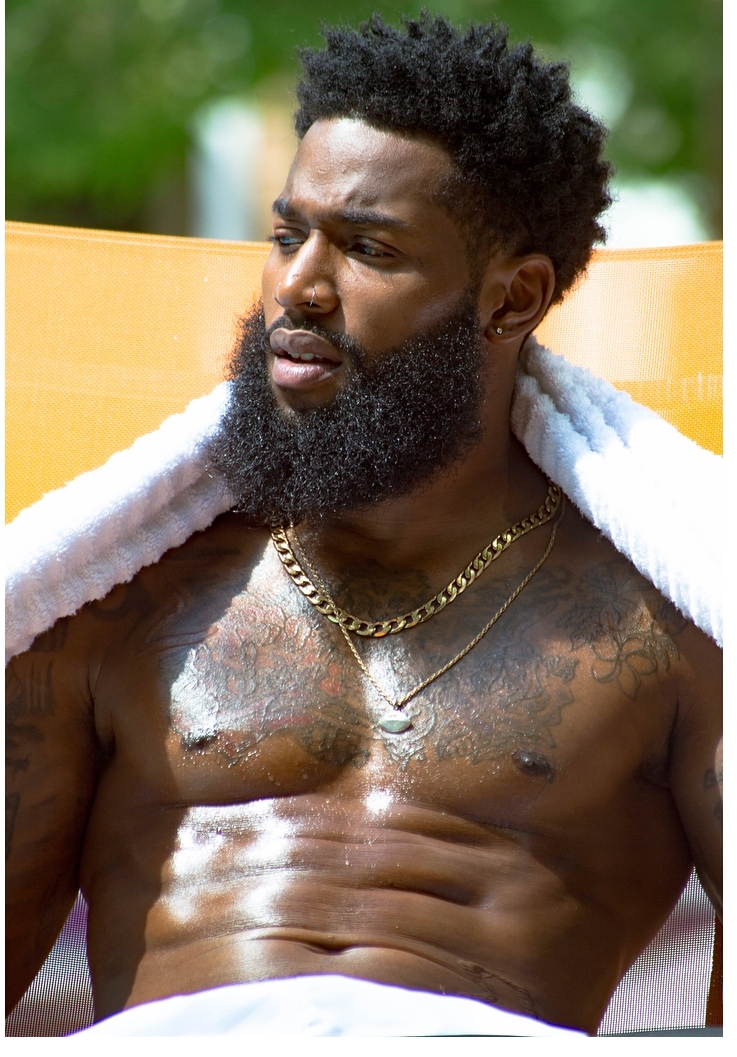 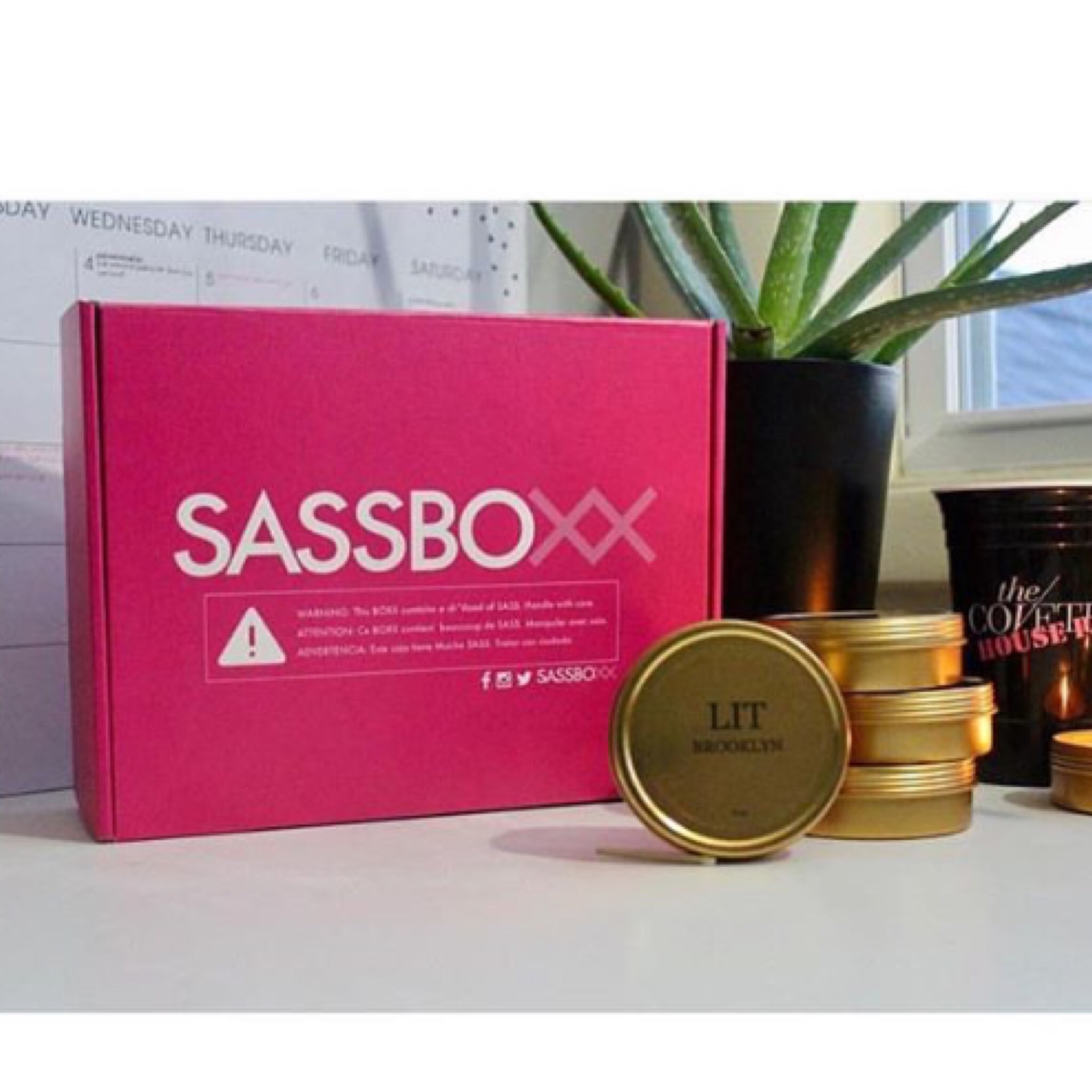